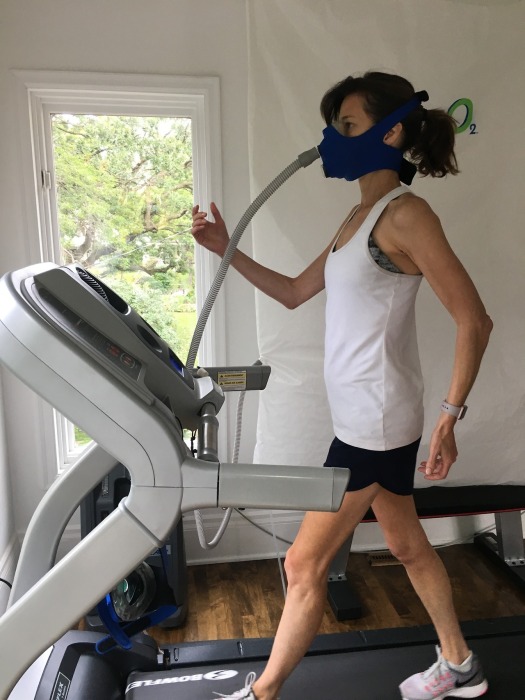 Darth Vader on a Treadmill.

If you’ve been following along you know I’ve had a heck of a time in my Lyme battle. I am incredibly sensitive to medication, and could not tolerate the powerful drugs typically involved in killing Lyme. As a result, I’ve had to pursue a vast array of kindler, gentler options.

One of them is EWOT, which stands for Exercise With Oxygen Therapy. The Lyme bacteria is anaerobic, which means it cannot survive in a highly oxygenated environment. So, the idea behind EWOT is to flood your body with oxygen. Flooding your body with oxygen while exercising is even better because your elevated heart rate pushes the oxygen deep into the tissues, where the Lyme spirochetes like to hide.

Well, I felt sick for the first two weeks I did EWOT, so that was very encouraging. It’s one of those rare occasions where it’s good to feel bad. Even better, I didn’t feel nearly as sick as when I was taking medication.

I started EWOT about a year ago and do it for 15 minutes (max recommendation) every other day. The air is pumped from the compressor at the left into the big white bag at the right. The mask connects to the bag, and keeps room air out and oxygen in.

In conjunction with EWOT, I also did a couple of rounds of herbal antibiotics, which are kinder and gentler than pharmaceuticals (although they come in liquid form and taste disgusting).

After eight years, I finally tested negative for Lyme in August of this year. Since I tried so many things over the years, l’ll never be able to tell you exactly what did the trick. However, I’m fairy confident EWOT was part of the equation. It has other benefits beyond killing Lyme and I feel fantastic after doing it, so I plan to keep it as part of my routine. I’m seeing it as preventative maintenance.

And since I believe EWOT helps me, I really don’t care what I look like while I’m doing it.